What caused the decline of Mughal empire?

The decline of Mughal empire had its own unique set of causes as well as consequences just the way other empires had. Study of modern Indian history would be meaningless without understanding the causes of decline of Mughal empire. As long as Aurangazeb was at the helm, things were quite stable. But when he died in 1707, there ensued a war of succession among his 3 sons in which his eldest son Bahadur Shah managed to grab the throne at the age of 65. Bahadur Shah was capable, learned and dignified. He reversed some of the narrow minded policies of his father and adopted the policy of conciliation and compromise. No temples were destroyed during his reign and he was tolerant towards the Hindu kings and chiefs.

In general he managed to hold the empire by making arrangements, agreements and peace with the then disgruntled groups like the Rajputs, Marathas, Sikhs and the Jats. But his unfortunate death in 1712 plunged the empire once again into turmoil and chaos. Had he survived, he might have revived the dwindling fortunes of the once mighty Mughal empire. Bahadur Shah’s successors were incapable, pleasure loving and worthless. Most of them were mere puppets in the hands of their nobles e.g. Jahander Shah was a puppet of Zulfilkhar Khan, Farooq Siyar was much under the control of Sayyed brothers etc.

Causes of decline of Mughal empire

Let us now look into the main causes of decline of the once mighty Mughal empire.

One of the main reasons for the decline of Mughal empire was that although Aurangazeb inherited a huge empire, yet he extended the Mughal territories beyond manageable limits especially in the deep south at a huge cost of men and material. Moreover his policy was of unifying the entire territory under a centralized authority. The existing means of communication and the economic and political structure of the empire was not commensurate with the size that he created. This made the empire unstable.

Unlike Akbar’s policy of making alliances,e.g with Rajputs, Aurangazeb adopted a diametrically opposite policy towards Marathas. He refused their demand for autonomy and tried to suppress them. The prolonged conflict with Marathas under the leadership of great Shivaji forced Aurangazeb’s absence from the north for almost 25 years. This led to a neglect of the North West frontier and emboldened the provincial chieftains to defy political authority and even dream of independence. Moreover, the futile attempts to crush the Marathas drained the resources of the empire leading to ruining of the economy in the Deccan.

3. Conflict with the Rajputs

Aurangazeb’s predecessors had carefully crafted alliances with the Rajputs who in turn provided military support to the Mughals. Aurangazeb also adhered to the same policy, raising Jaswant Singh of Marwar and Jai Singh of Amber to the highest ranks. But his lust for power and complete control over the Rajput kingdoms created problems. The Rajputs withdrew their loyalty to their Mughal throne. Wars with the Rajputs further weakened the Mughals. Moreover it also created a wedge between the Hindu and Muslim upper classes.

Satnamis, Jats and Sikhs were predominantly peasant communities. Though small in number yet significant. These communities were totally disenchanted with the revenue administration and the revenue officials. Thus they rose into rebellion.

During the reign of Akbar, Jahangir and Shah Jahan the Mughal state was basically a secular state. They had adopted a policy of non interference with the beliefs, customs and faiths of people belonging to other religions. This approach ensured the stability of their empires as it inculcated friendly relations between Hindus and Muslims. Aurangazeb tried to reverse this policy by imposing the Jizyah, destroying temples in the north and putting certain restrictions on Hindus. This created a rift between the upper class Hindus and Muslims and became a cause for the decline of Mughal empire.

Having said this Aurangazeb’s religious intolerance for decline of Mughal empire should not be overstressed because :

Rajput kings like Ajit Singh Rathor and Sawai Jai Singh rose to high offices under the later Mughals. Similarly relations with King Shahu and Maratha sardars were forged on political lines rather than religious lines.

One important thing should also be kept in mind that the Rajputs, Jats, Marathas and Sikhs of the 18th century were not champions of Hindus. Power and wealth were their primary considerations rather than religious affiliations. All of them too exploited the common people irrespective of their religions.

Due to undefined rules of succession, the Mughal empire was often plagued with infightings and civil wars between the royal princes after the death of the monarch. These wars of succession became more pronounced and fierce in the 18th century. This resulted in a great loss of men and money further causing the weakening of the empire. Many local chiefs took advantage of this and became autonomous.

The Mughal empire might have survived longer had there were charismatic, farsighted and energetic rulers in the 18th century. Unfortunately after Bahadur Shah all the successors were incapable, pleasure loving and worthless. Mohammad Shah who assumed the throne at a young age and ruled for almost 30 years is well known for his loose character, lax sex morals and heavy drinking. For this he was given the nickname ‘Mohammad Shah Rangeele’.

Another major cause for the decline of Mughal empire was that after Bahadur Shah, the nobility became powerful who treated the emperors as their puppets. In general the efficiency and loyalty of the nobility had deteriorated. Nobles used to be the strength and cardinal pillars of the Mughal empire. The weaknesses of the rulers still might have been overcome had the quality and character of its nobles was good. The nobles Zulfilkhar Khan and the Sayyed brothers literally controlled their respective monarchs. These nobles even on battle fields surrounded themselves with comforts and even took their families along as if they were on a picnic.They were poorly educated and devoid of fighting skills.

At the same time were some dynamic, energetic and able officials along with brilliant and brave military commanders. But these people used their talents for self aggrandizement and not for the benefit of the empire. Thus one of the major reasons for the decline of Mughal empire was the selfishness of the nobles and their lack of devotion to the state. All this led to corruption in the administration along with its decay.

With time there was a paucity of jagirs and a reduced income from the existing jagirs.Thus there was a quest for extracting maximum income from the existing jagirs which was at the cost of peasants. Another consequence  of this was to reduce the armed forces in order to save on their salaries. Lesser armed forces also had a direct bearing on the decline of Mughal empire.

10. Absence of spirit of political nationalism

An important reason for the decline of Mughal empire was in the socio-political realm. There was a total absence of the spirit of political nationalism among the people as the concept of modern nations did not exist in those days. People owed their loyalties to persons, religious sects, tribes and castes. Nobody perceived themselves as Indians.

Thus it was easy for foreign powers to carve out a niche for themselves in India. All stakeholders like the peasants, nobles and the regional powers never had heartfelt loyalties to the empire.

11. Breakdown of administration and armed power

The above mentioned factors resulted in a rapid decline in the administrative efficiency of the empire. Neglect of administration resulted in deterioration of law and order in many parts of the country. The officials were involved in corruption, bribery, disobedience, inefficiency and disloyalty. Many zamindars openly defied the central authority and withheld revenues. Even royal armies were plundered during their march by hostile elements.All these and more left the central government on the verge of bankruptcy.

Thus, the military strength of the empire was compromised. The 18th century Mughal army lacked discipline, fighting spirit and morale. Moreover, lack of finance made it difficult to maintain a huge army. Also as discussed above, the nobles and commanders did not maintain their full quota of armed personnel. This was a significant factor in the decline of the Mughal empire as the foreign invasions could not be resisted.

The most significant cause of the decline of Mughal empire was a series of foreign invasions. Raids into India by Nadir Shah and Ahmad Shah Abdali drained the empire of its wealth, ruined trade and industry and destroyed its military power. And finally the British destroyed any hope if at all it was left of any revival of the Mughal empire. None of the Indian powers claimed the throne at Delhi. They did not have the wherewithal to do that anyways. All of them had to succumb to the superior technology and administration of the British. The inability of the regional powers to replace the Mughals was due to the fact that they all represented the same moribund system as the Mughals.

Thus, the biggest tragedy off the decline of Mughal empire was that power slipped into the hands of Europeans who dissolved the centuries old socio-economic and political structure of  India and replaced it with a colonial structure. The only silver lining was that the stagnant Indian society was broken and was henceforth subjected to new forces of change.

Decline of Mughal empire UPSC preparation should be done keeping in mind that it is a topic common to prelims and mains. Questions are often asked on this topic in both the exams. Nevertheless it is a very important topic as the course of Indian history changed after the decline of Mughal empire.

Why Mughal Empire is famous?

The Mughal empire is famous for a variety of things. After a long time i.e. since Samudragupta’s reign, a pan Indian empire was created. Mughals brought a new type of architecture in India, the best example being the Taj Mahal. Economy flourished under the Mughals as its share was 28 % in the world GDP. India witnessed many social and cultural changes during Mughal rule including the cuisines.

Mughals faced a series of reverses after Aurangazeb’s death. Invasions of Nadir Shah and Ahmed Shah Abdali crippled the empire. After the death of Mohammad Shah in 1748, the Marathas overran almost all of northern India. By 1803 British had conquered Delhi and finally in 1858 the house of Mughals was completely eliminated.

How did Mughal Empire start?

Mughal empire started with the defeat of Ibrahim Lodhi by Babur in the 1st battle of Panipat in 1526. After this Babur quickly captured a significant part of North India.

Who ruled India before Mughals? 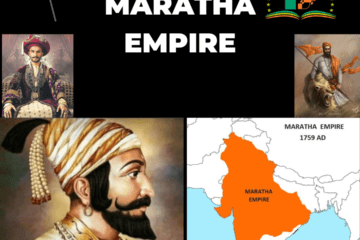 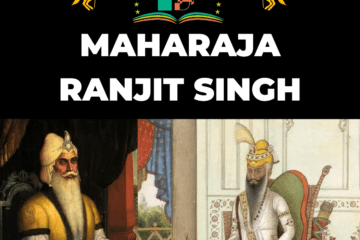 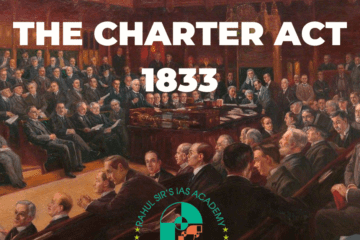