Introduction to our Universe

This article explores these questions and more. There are multiple theories about why our universe exists and how it came to be. Big Bang Theory is the most popular one of these, and attempts to answer what happened before the universe existed, whilst also giving an idea of how everything in it came to be.

Theories Of Origin Of Universe

Big Bang Theory is the most popular theory of the origin of our universe initially propounded by Georges Lemaître. It states that the universe began from a single point, or “singularity”, and has been expanding ever since. The Big Bang occurred about 14 billion years ago, and since then, the universe has continued to expand and cool.

This theory is supported by many pieces of evidence, including the facts that:

There are some drawbacks to the Big Bang Theory however:

Nevertheless, it remains the most widely accepted theory of the origin of our Universe.

While the Steady State Theory was once a popular explanation for the origin and evolution of our universe, it has since been largely superseded by other theories, such as the Big Bang Theory due to the presence of Cosmic Microwave Background.

The star formation theory is the most widely accepted theory for the origin of our universe. It states that the universe began with a very dense, hot state which eventually cooled and resulted in the formation of the first stars. These stars then went on to form galaxies and everything we see today.

In 1929, Edwin Hubble made the groundbreaking discovery that the universe was expanding. This led to the development of the Big Bang theory, which posits that the universe began as a singularity (a point with infinite density and temperature) and has been expanding ever since.

While the Big Bang theory is widely accepted by scientists, there is still some debate about what happened before the singularity. One popular theory is the Pulsating Universe Theory, which suggests that the universe goes through cycles of expansion and contraction.

The Pulsating Universe Theory was first proposed by Fred Hoyle in 1948. It was later elaborated on by Martin Rees and George Ellis in 1973. The theory has a number of attractive features, including its ability to explain why the universe is uniform on large scales (a problem for the Big Bang theory).

However, there are also a number of challenges associated with the Pulsating Universe Theory.

Despite these challenges, the Pulsating Universe Theory remains a popular cosmological model among scientists. It provides a compelling explanation for many of the observed features of our universe, and continues to be refined as new data is discovered.

In the beginning, there was nothing. No stars, no galaxies, no planets, no atoms…nothing. Then, suddenly, there was a Big Bang—the moment when everything began. That event set in motion the creation of everything we see today: the Universe.

The origin of the Universe is still a mystery to scientists. But they have been able to piece together a pretty good picture of how it all started, based on observations and experiments.

At the heart of it all are fundamental particles—the building blocks of everything in the Universe. These particles are incredibly small and they interact with each other in ways that we don’t fully understand. But they are responsible for everything we see around us.

All of these particles follow the laws of physics. And it is these laws that govern how the Universe behaves.

How an Atom Was Created?

In the beginning, there was nothing. No space, no time, no matter. Then, in a single moment, everything changed. The universe came into existence.

The answer may lie in quantum mechanics. According to quantum theory, particles can spontaneously appear and disappear in a vacuum. So perhaps the universe didn’t start with anything at all; it just popped into existence out of the quantum fluctuations of empty space in the form of strings (String Theory)

Of course, this is just a theory. We don’t know for sure how the universe began. But it’s an intriguing possibility that could help explain one of the biggest mysteries in all of cosmology.
In the beginning, there was nothing. No space, no time, no matter. Then, in a single moment, everything changed. The universe came into existence.

Life Of A Star

Stars pass through a definite evolutionary sequence the following manner, depending primarily on their man and internal structure.

A galaxy is a huge congregation of millions of stars held together by its own gravitational field. On structural analysis, three basic types of galaxies have been identified:

These are distant stellar system of luminous bodies made up of  gas and dust particles. It is this place where Proto Stars are created. ORION Nebula is situated in the Milky Way.

These are clusters of stars , organised into distinct shapes and figures and named accordingly. Hydra is the largest constellation.

There are huge clouds of frozen gases   and dust which have their home in the outer     fringes of the solar system. Their head (also called CDMA if  it has no tail ) is formed by the evaporation of solid ice particles when the correct approaches the sun. They have an extremely eccentric orbit but a definite periodicity, as the Hally’s comet is sets every 76 years. The tail is always away from the sun.

These are small solid matters which, when coming into the atmosphere of the earth , burn out  due to friction . When burning, they emit light and hence called shooting start.

Leonid shower is a meteor storm, originated in the constellation Leo. These meteors         are actually part of comet temple- turtle and they fall on every 33 years.

In the universe, some  matters appear small but emit more  energy than the stars of the milky way. Such stars are called Quasars. Such extremely luminous celestial bodies were discovered in 1961

OUR SOLAR SYSTEM – At A Glance

The Atmosphere – Structure And Composition

What is called our universe?

It is the sum total of all the known matter. It is also known as Cosmos.

What exactly is our universe made of?

Universe is made up of dark energy, dark matter, ordinary matter, electro magnetic radiation and antimatter.

What is beyond our universe?

Universe began with the big bang 13.8 billion years ago and with it space and time also began. So there is nothing beyond the universe and we can simply assume that it is expanding into itself. 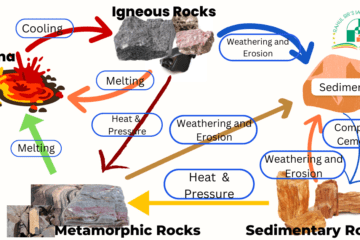